Showing posts from July, 2010
Show all

hate it when they use my words back at me

July 30, 2010
Scenes from Julnawrimo: ME: WRITING SUCKS I QUIT. Jay Smith: Sorry, I already quit tonight. You gotta cover my shift. I reiterated this pouty statement after completely failing to make more than 600 words in three frigging hours last night. COLE: Hey, that's 600 words you wouldn't have if you didn't try. DIANE: *laughs her head off* ME: Gaaaah! Stop using my own words back at me! The Muse, I must admit, has mostly been absent as I slog through BLACKFIRE v. 1. The Muse is a fickle bitch, and when she shows up the writing goes smooth and exciting and fun like the rollercoaster it's supposed to be. The rest of the Chorus does the best it can in her absence, but that's when the writing is more like a slog up a snow-covered hill. I'll get there, but it's hard going, man. The first draft is always like this. Pockets of awesome in the middle of a sea of dreck. It's the second draft when the Muse shows up and things really start to rock. In the sec
1 comment
Read more

July 28, 2010
In an ultimate act of hubris, I have created a fan page for myself on Facebook. I thought it was rather egotistical of myself - love me! Love me! But the fact is, the YahooGroup gets almost no traffic these days because most folks have moved on to Facebook and Twitter. Traffic on my FB profile is fairly brisk, as well as the Twitter account. But the fan pages are more easily designed for letting you characters know what I'm up to as far as the book tour, upcoming releases, etc. So if you like me ... and if you don't, why the hell are you reading this? You could be watching porn ... go forth and "like" me on Facebook . Assuage my inflated ego. And while you're at it, check out the Literary Underworld page . Yes, I am shameless. As always, I keep you updated on this blog, on my web site and any number of other places online. At this point I don't even know all the networks to which I belong. But I'm betting most of us are going to be on Facebook fo
Post a Comment
Read more

July 27, 2010
As you know if you've been paying attention here, I'm writing an episode of the post-apocalyptic podradio serial HG WORLD later this year. Series creator Jay Smith is bringing in three outside writers to do standalone episodes: Keith R.A. DeCandido , Dayton Ward and me . Keith and Dayton write for people like FARSCAPE, SUPERNATURAL, STAR TREK, Disney/Pixar, BUFFY and other big-time folks you've actually heard of. Then there's me. Hi! Mr. Smith invited us to a roundtable interview, in which we snarked about convention lifestyle, the difference in writing for radio as opposed to novels, the joys of zombie fiction and whether Jay Smith has compromising pictures of us. Dayton slipped into interstellar porn and I'm not sure, but I think Keith propositioned me. :) Meanwhile, I flubbed the presentation of my own book, like I haven't intro'd THE COLD ONES nine hundred times by now, and they mercifully cut the part where I mispronounced Keith's last name.
Post a Comment
Read more

July 21, 2010
Whatever would I do without my HelpMeObiWanKaTwitter? The participants last night were authors Sara Harvey, Vic Milan and Mari Adkins, and journalist Dana Franks. It kicked off because Sara admitted she was watching... reality television. For the purposes of this story, you should know that the heroine of THE COLD ONES (and the sequel, BLACKFIRE, currently under production) was named after Ms. Harvey, as one of my dearest friends. The journalist in all three Nocturnal Urges books is named after Ms. Franks. ME: You're watching AMERICA'S GOT TALENT? … Is this a gestation thing? I won't judge, I chewed ice cubes for 9mo. SARA: I actually like AMERICA'S GOT TALENT and have watched all 3 seasons. And who are you to snark, Ms. AIR SUPPLY? Hmmm? MARI: oooooooooo ME: I WAS TWELVE. What's your excuse??? SARA: You WERE twelve? What, did you write "Sisyphus" when you were twelve, too? ME: Do you not recall that in "Sisyphus" it was the Evil Song? :P
6 comments
Read more

in lieu of actual content, let's make with the funny. 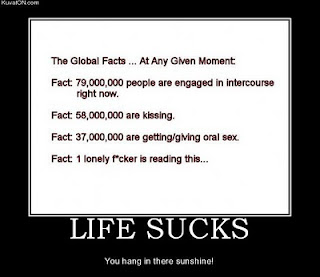 July 17, 2010
I totally forgot to announce: • Keith R.A. DeCandido, Dayton Ward and I will be guesting on a roundtable snarkfest tomorrow (Sunday) for HG World's podcast. You might recall that the three of us are writing a trio of episodes for the excellent post-apocalyptic zombie podradio show this fall, and I can attest that Keith and Dayton have awesome ideas. I look awesomer standing next to them. Is awesomer a word? Do I need sleep? Not sure when the interview podcast will air, and it probably will help if I can figure out this Skype thing before we record tomorrow afternoon. Looking forward to chatting and snarking with Keith and Dayton, whom I have heretofore only "met" on the interwebs. • Next Saturday, July 24, I will be speaking at the O'Fallon (Ill.) Public Library about writing horror, with possible reading if the crowd is amenable and little kids can't hear me swear up a storm. My stuff will be available for sale, natch, but feel free to come by and just list
Post a Comment
Read more 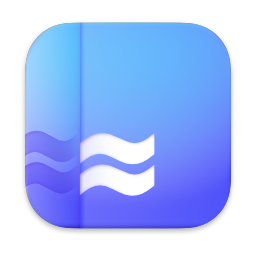 a moment of silence

July 12, 2010
I would like a moment of silence for Linda. None of you who read this know Linda, except maybe Kit Tunstall and Starr Rathburn, but I think both of them were gone from the Writers' Circle before Linda came. Linda went by the moniker TheCritic on Writing.com, which is where I lived before LiveJournal, Facebook and Twitter. And when Kit and Starr left, Linda took over the WC. The Writers' Circle taught me more about writing than anything ever had, including college. I was hiding from an unhappy marriage by writing short stories filled with sadness and horror. They told me what worked and what didn't. They watched me write my first flailing attempt at a novel and encouraged me when I tried to give it up about nine times. When I got my first book contract, they cheered me on. It is one of my great regrets that the WC has mostly fallen to pieces, with posts becoming fairly rare and most of its members moving on to greener pastures. Linda was a sweet lady who devoted her ti
2 comments
Read more
More posts